Law Firm Senica was founded in 1986 by Miro Senica who was at that time the youngest attorney in the whole of former Yugoslavia. In just a few years’ time, equipped only with knowledge, determination and exceptional work ethic, he built a modern law firm which now operates to the highest professional standards and offers clients superior quality support in all areas of law.

Today, after more than 30 years of its existence, “Senica” is a brand that needs no introduction. It guarantees excellence, quality and individual treatment, and is recognised both in Slovenia as well as the entire region of the Western Balkans.

Law Firm Senica has 6 partners and more than 30 experts specializing in various legal fields. It regularly works together with a range of well-known and reputed experts, professors of the faculties of Law and Economics in Ljubljana and Maribor, as well as scientific institutions and faculties such as the Economic Institute at the Faculty of Law in Ljubljana and the Commercial Law Institute at the Faculty of Law in Maribor.

In September 2019, Law Firm Senica marked an important milestone by concluding a collaboration agreement with Andersen Global, which chose Law Firm Senica for exclusive cooperation in Slovenia, after having completed a detailed analysis of the Slovenian market and numerous meetings with other handpicked leading law firms. In January 2021 Law Firm Senica became a member firm of Andersen Global. Andersen Global is an international association of legally separate, independent firms, involving only carefully selected first-class tax and legal experts from around the world. By joining Andersen Global, Law Firm Senica also became the regional coordinator for the entire region of the Western Balkans and expanded its range of services to include tax consulting.

We aim to be the benchmark for quality and the standard by which other firms are measured. We solve problems according to the 3i method - Identification of the problem, Invention of the approach and Implementation of a solution that ensures the most optimum service for our clients.

Building tradition from our own foundations

We hire the best and the brightest graduates and enable them to develop their full potential. We constantly invest in our employees and take great care to provide a friendly and motivating work environment in which teamwork and an open flow of knowledge and experience are encouraged.

In our Law Firm clients are not seen as projects or cost centres. We instead focus on building strong and long-lasting relationships which are based on trust. Clients can contact us regardless of how small or big their problem is as we will always treat it with the highest level of care.

Independence of our service

Our size and status allow us to be objective and transparent in our relations with clients, so we offer them only those services and advice that are in their best interest.

Enabling global support to our clients

Through our membership in Andersen Global we can offer our clients first-class legal support anywhere in the world without them having to step out of their regular framework of communication with our Law Firm.

The world is becoming increasingly global and so are the legal services.

Following our ambition to offer clients excellent legal and tax consulting services anywhere in the world, Law Firm Senica became a member firm of Andersen Global that has more than 9,900 professionals worldwide and is present in 334 locations in 156 countries.

Within the Andersen Global network our firm is an exclusive provider of legal and tax consulting services in Slovenia and of transfer pricing services in the entire Western Balkans (Croatia, Serbia, Montenegro, Bosnia and Herzegovina, Northern Macedonia and Kosovo).

In other parts of the world, the firm provides its services through other Andersen Global member and collaborating firms. 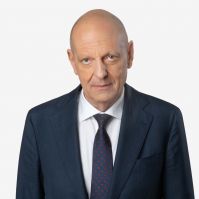 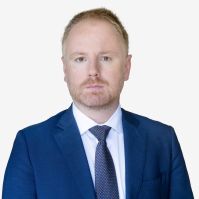 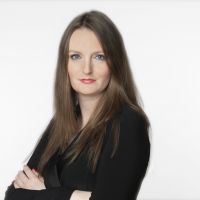 Executive Assistant to the Board of Directors

Did you decide at an early age to pursue a career in law? Have you graduated with honours and your master’s degree is well on its way? Are you already performing a specialization abroad? Or would you perhaps like to leave a high-performance working environment for one with even more dynamic challenges?

Apply for a job